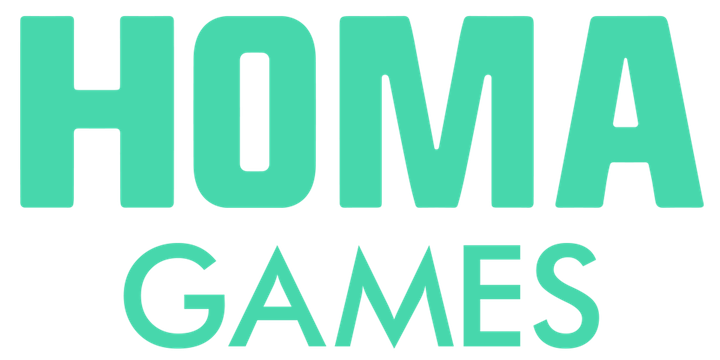 Okteto sped up the actual delivery time. Backend developers could share a link to a spun backend solution on Okteto, and the frontend team could implement the new changes quickly. So useful features on both ends accelerated velocity.

Since it launched in 2018, Homa Games wasted no time becoming the world's leading platform for the "hypercasual" mobile games category — the fastest-growing segment of the gaming industry. Today, game apps developed on the French-based company’s platform have been downloaded more than 500 million times.

"We want to build the best technology for all developers around the world," says Homa Games Tech Lead Sergej Bitenc. "We want to reach the point where any serious developer can not build a game without Homa. We want to be the intelligence for game developers."

Developers love Okteto. They liked that they could click a button and arrive at the specially created feature branch for that specific problem. And they could test it before it went to stage, and even write end to end or integration tests.

And while investors keep throwing money at the company, desperate to capitalize on its skyrocketing success, Sergej admits that Homa’s development processes needed to be reworked to support its rapid growth. For example, despite the company's effort to formalize a testing process that would identify bugs early to prevent urgent tickets, the limitations of local development compromised its QA plans, causing the platform to be vulnerable to bugs.

"We were unhappy with the number of bugs we had in the staging environment, and as a general rule of thumb, we wanted to have staging always in a runnable condition," says Sergej. "This was problematic as breaking changes required quick fixes which threw off engineers from their work context to focus on solving the issue that's blocking the staging environment."

The problem with a local dev environment is that QA contributors, such as product managers, can not accurately replicate the application locally on a laptop, and that locks out other teams in the organization from collaborating. Therefore, local development prevented collaboration and cross-functional feedback. "We wanted the QA or product team to test code in development, but they didn't have the technical know-how of setting it up before it got to stage," says Sergej.

To overcome the company's bug problem, Homa Games turned to Okteto cloud development platform as bug insecticide. Why did Homa choose Okteto over competing solutions? According to Sergej, "there simply was no other cloud development solution available out of the box that fit our needs." "We couldn't find a solution that wouldn't involve running all microservices locally and manually setting it up, and since businesses can't start those up, they would just skip the testing phase until it was on stage."

With Okteto's cloud development environment, Homa Games' developer team could test code before merging, allowing QA to catch bugs early. This saved the company time and money by avoiding building on a shaky dev foundation and having to rework code down the road where catching a bug can cost 10X versus identifying it early.

"We use Okteto to ensure that our product is bug-free and ready to release. We use it on all branches before they merge to staging or master to test the functionality," says Sergej. "This enables us to spin up instances with specific code changes and let QA and product test our changes, without needing technical knowledge of compiling and presenting the code."

Okteto also helped remove the barriers and blindfolds that prevented a diverse cross-section of team members from participating in the QA and development process.

"With local development, It was hard to put up an instance of mixed feature branches all the time," says Sergej. "Okteto helped bridge this gap by having a clickable link, enabling a preview environment for them on the GitHub PR, which allowed for cross-functional feedback."

After using Okteto's cloud development environment, Homa Games reduced the number of bugs sneaking through to production by 80% and significantly improved developer satisfaction which translated quickly to accelerated velocity.

"Developers loved it!, exclaimed Sergej. "They liked that they could click a button and arrive at the specially created feature branch for that specific problem. And they could test it before it went to stage, and even write end to end or integration tests."

He continued, "Okteto sped up the actual delivery time. Backend developers could share a link to a spun backend solution on Okteto, and the frontend team could implement the new changes quickly. So useful features on both ends accelerated velocity.”

Okteto helped streamline the company's processes, making development as easy as following a kite manual. For example, now dev submits a pull request  -> pull request is code reviewed -> QA test end-to-end tests -> QA does manual visual checking on Okteto for that branch -> Product leader does a check on Okteto for that branch -> code is merged to stage -> Stage does end-to-end test -> Release to master -> end-to-end and manual checks on master.

Sergej says the most valuable use case experience working with Okteto is that a developer can connect to another developer's Okteto branch on its local frontend without spinning up that instance. "Easy plug and play with just a URL change speeds up development," says Sergej.

More companies like Homa Games are turning to Okteto to stomp out bugs and accelerate developer velocity. "Okteto is a great product that helped us speed up the whole process, and that's what counts," says Sergej. "It's the gritty work that becomes easier to handle and removes the cognitive load from everyone so that we can focus on delivering our product."

Use the pieces of Okteto that are right for you

Sharable preview environments for full-stack applications with every pull request.

What’s stopping you from transforming your software development process?

Start for FreeTalk to an expert