We’re excited to announce that members of the Okteto team will be speaking at the upcoming KubeCon + CloudNativeCon North America 2021 - Los Angeles, CA + Virtual

Both Ramiro Berrelleza and Jacob MacElroy will be speaking on DevX Day on Tuesday, October 12th, 2021. We will be presenting in Los Angeles, but the event will also be streamed online.

With Preview Environments, Everyone Is Invited To The Party, Jacob MacElroy - 1:45pm PDT

Historically, code reviews have been the sole domain of software developers. Who else is going to be capable of pouring over hundreds of lines of code and identify good and bad practices? But modern software development is no longer the sole domain of software developers. As our industry has matured, it has shifted, and new roles have appeared. Even in the smallest teams, you'll often have Program Managers, Designers, Content Writers, etc. They don't write code on their day-to-day jobs, but they often have the same or even more context on the changes you're working on. Wouldn't it be fantastic if they could also review your changes? Let me introduce you to preview environments. A preview environment is, at a high level, a copy of your application attached to a pull request. With preview environments, you can include a live copy of your application along with your code changes, making it easier for everyone in your team to give you feedback on your changes. Heroku and Runnable are some of the earlier proponents of preview environments, but they were limited to their own walled garden. In this presentation, I'll talk about why Kubernetes is the perfect platform for preview environments to finally gain the massive adoption they deserve.

If Your Application is Going to Run in a Multi-Node Cluster, Why Are You Developing it in a Single Machine? Ramiro Berrelleza - 3:40pm PDT

In the beginning, development was straightforward: You wrote code, you build a binary, and then you run it in your machine to validate that things worked. You went through this a few times, and once you were happy, you would then SSH into a server, copy your binary, and restart a process. Applications have evolved a lot since those times. Architectural patterns evolved from those single binaries into microservice-based orchestrations that span multiple machines. And our deployment toolkits evolved with them: We no longer SSH into servers and copy binaries. We now use sophisticated container orchestrators like Kubernetes and mature deployment practices like GitOps. And yet, we still develop the same way as in those early days. We started okteto, an apache 2.0 open source project, with a clear goal: to help developers go faster by reducing the gap between development and production environments. If your application is going to run in a multi-node cluster, why are you developing it in a single machine? In this presentation, we'll talk about the benefits of moving your development environments to Kubernetes, showcase success stories around adopting this practice, and show you how you can use okteto to make this easier than ever for you and your team. 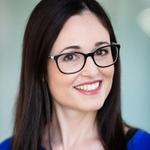 Okteto's Preview Environments allow you to browse a deployed version of each pull request made to your repository. This can be very useful for getting...