Okteto Registry - A container registry for your dev images

When I'm working on a new feature or service there are always moments where I want to get a snapshot of my progress and test it end to end. I'll save all my files, run unit tests, build my container containers, push them to Docker Hub and then finally redeploy my application to validate everything as if I was in production. I find this extra validation useful enough that I always end up doing it a few times per day.

But I've always felt it was odd to push dev images to Docker Hub (or other similar registries). In my workflow, these dev images are ephemeral, meant to exist only for a small window of time before they are replaced with their next incarnation. They are not long lived, nor meant to be consumed by anyone else. Just like I do a lot of local commits before sending a PR, I want to build and deploy multiple dev images before publishing the next version of my container image.

I want to introduce you to Okteto Registry. Okteto Registry is a secure and private container registry, explicitly built to speed up your development workflow. It's the fastest place to push your containers when you are developing an application in Okteto Cloud.

Okteto Registry runs in the same infrastructure we use to power Okteto Cloud. Instead of having to do a roundtrip to Docker Hub to pull a new version of your application, everything stays in the same network. Enjoy lightning fast application updates and never leave your coding flow waiting for your images being pulled.

Combine Okteto Registry with the Okteto Build Service to make your flow even faster. With this, your build, push, pull and deploys will all happen inside of Okteto Cloud's infrastructure, at the speed of the cloud 🚀.

Okteto Registry is fully integrated with Okteto Cloud. Every Okteto Namespace has its own private image repository, and every application you deploy will be automatically configured to access it. You don't need to create your own registry, create accounts in external Docker registries or configure pull secrets to access your images.

Every image you push into Okteto Registry is private. It will only be accessible by you, or by applications deployed in your Okteto Cloud namespaces.

We are launching Okteto Registry today. Follow the steps in our documentation to get started. Try it out, report bugs or send suggestions to us at hello@okteto.com, and follow us on twitter to get tips and tricks! 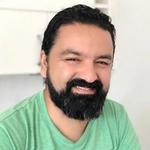 Over the last five years, Kubernetes has seen rapid adoption as a container orchestrator. And for a good reason too. Containers solved the problem of being...