Kubernetes has made deploying modern cloud-native applications relatively easy. For instance, Kubernetes enables organizations to provision containerized workloads dynamically using automated, adaptive processes. But while deployment has been made simple, development has been made more complicated.

Complicating matters is the fact that most enterprise developers using local development environments are blocked from getting hands-on access to Kubernetes containers and clusters. A lack of access leads to a lack of understanding, leaving cloud developers feeling like they're flying blind in the dark. "It is tough to learn something you cannot touch," says Burr Sutter, Red Hat Chief Developer Evangelist. "Of course, minikube, KinD, K3S and Docker Desktop help but are still incomplete solutions."

Increasingly — for engineers burdened with the limitations of running local devs on laptops  — complex containers and microservices have made coding challenging and somewhat anxiety-provoking. “I like to say that Kubernetes makes the incredibly hard stuff, like autoscaling and health checks, easy; however, it makes the formerly easy stuff suddenly very hard,” says Nathan Yellin, Founder, robusta.dev.

Fortunately, a cloud development environment, especially one powered by Kubernetes, is the key to opening the door to the power of Kubernetes' orchestration system.

Additionally, a cloud dev environment that provides a simulation of Kubernetes helps developers understand the power of containers without having to learn the intricacies that could otherwise hold up development.

In the case of the innovative engineering company LaunchDarkly, running complex applications with multiple microservices on their laptops had become a growing problem. Local development environments had impeded their ability to efficiently configure and manage the multiple services needed to support day-to-day development. For example, the company struggled with delays in spinning up containerized stacks and managing multiple services at scale on local machines had made code reviews a nightmare.

The LaunchDarkly development team needed an environment to abstract away the complexities and exhausting cycles of setting up different components. The engineering management team wanted to free up their developers from administrative dev-ops tasks and platform maintenance to focus on what they love most — writing code and innovating. The company inevitably chose Okteto to provide an instant cloud development environment to fulfill their development needs.

A cloud dev environment gave LaunchDarkly access to a Kubernetes namespace in a shared developer cluster, mirroring their production environment. “Since everything runs in a Kubernetes-powered cloud environment, developers could be sure that what they saw in development was exactly what they would get when pushed to production,” says Andy Bold, Senior Platform Engineer, LaunchDarkly.

"Cloud development is relatively new, and people are afraid of Kubernetes," says developer Mohammad-Ali. "I tried learning it by doing, but the cloud service providers are also very overwhelming; however, a cloud dev environment helped me learn and use Kubernetes.”

Cloud developers from around the world agree that a cloud development environment allows them to ride the wave of Kubernetes instead of being swamped by its intricacies.

“Okteto helps return that original joy of programming. I get excited if I can edit and instantly see the change, but of course that shouldn't be exciting - It should be basic but with Kubernetes it's hard by default. So, I like tools like Okteto a lot.” says Nathan. 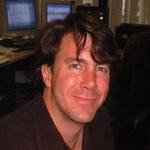